PaJeS and the Jewish News welcomed over 200 guests to the inaugural Jewish Schools Awards on Wednesday 27th January 2016 at JW3 in London. The evening began with a canape reception catered by Zest in the restaurant and café area of JW3, followed by the awards ceremony in the Howard Hall. The evening was generously sponsored by Marc and Emma Samuels of the Emmes Foundation. 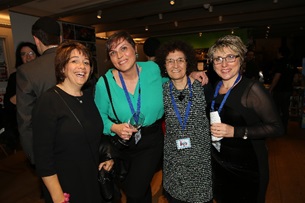 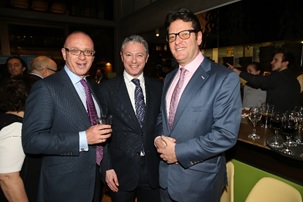 In September and October 2015, parents, students and colleagues submitted over 280 nominations for 125 primary and secondary school teachers in four categories. These were whittled down to a shortlist of three finalists per award, who were profiled in the Jewish News and in the Jewish Schools Awards event brochure. A judging panel had the difficult task of selecting the winners, who were announced by each of the award sponsors on the night of the awards ceremony. Our judges included Lord Winston; Sue Williamson, chief executive of the Schools, Students and Teachers Network; Alastair Falk, former head of PaJeS; Karen Harris, managing director of Intu.co.uk and Richard Ferrer, editor of the Jewish News.

Our MC for the night was the Chief Executive of the Jewish Leadership Council, Simon Johnson. He introduced the evening and called each of our award sponsors to the stage to announce the names of the finalists and the winner. A promotional film about PaJeS was shown half-way through the awards ceremony, and we rounded off with a keynote speech from Minister of State for Schools, Nick Gibb, followed by the presentation of a lifetime achievement award to the family of the late Rabbi Warshawsky z’l. The evening concluded with some entertainment from comedian Ashley Blaker and closing words from Richard Ferrer.

The finalists in each category were: 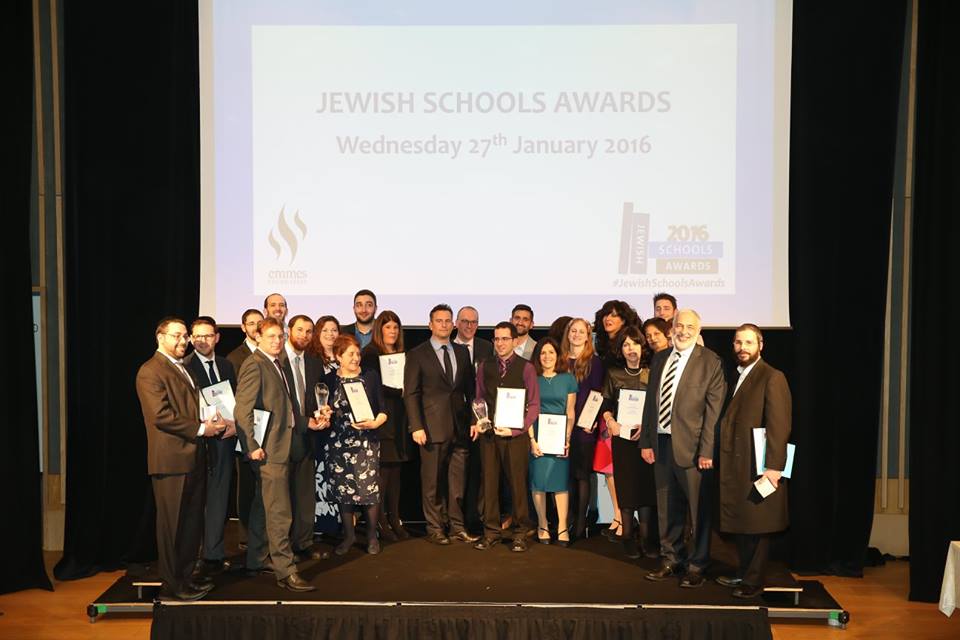 All winners received a certificate signed by the Secretary of State for Education, the Rt Hon Nicky Morgan, an engraved glass trophy, and £1,000 to fund a school project of their choice.

The runners up received a small glass paperweight along with signed certificates. An anonymous donor on the night also pledged to give £5,000 to each of the winners’ schools and £1,000 to the schools of each of the runners up. 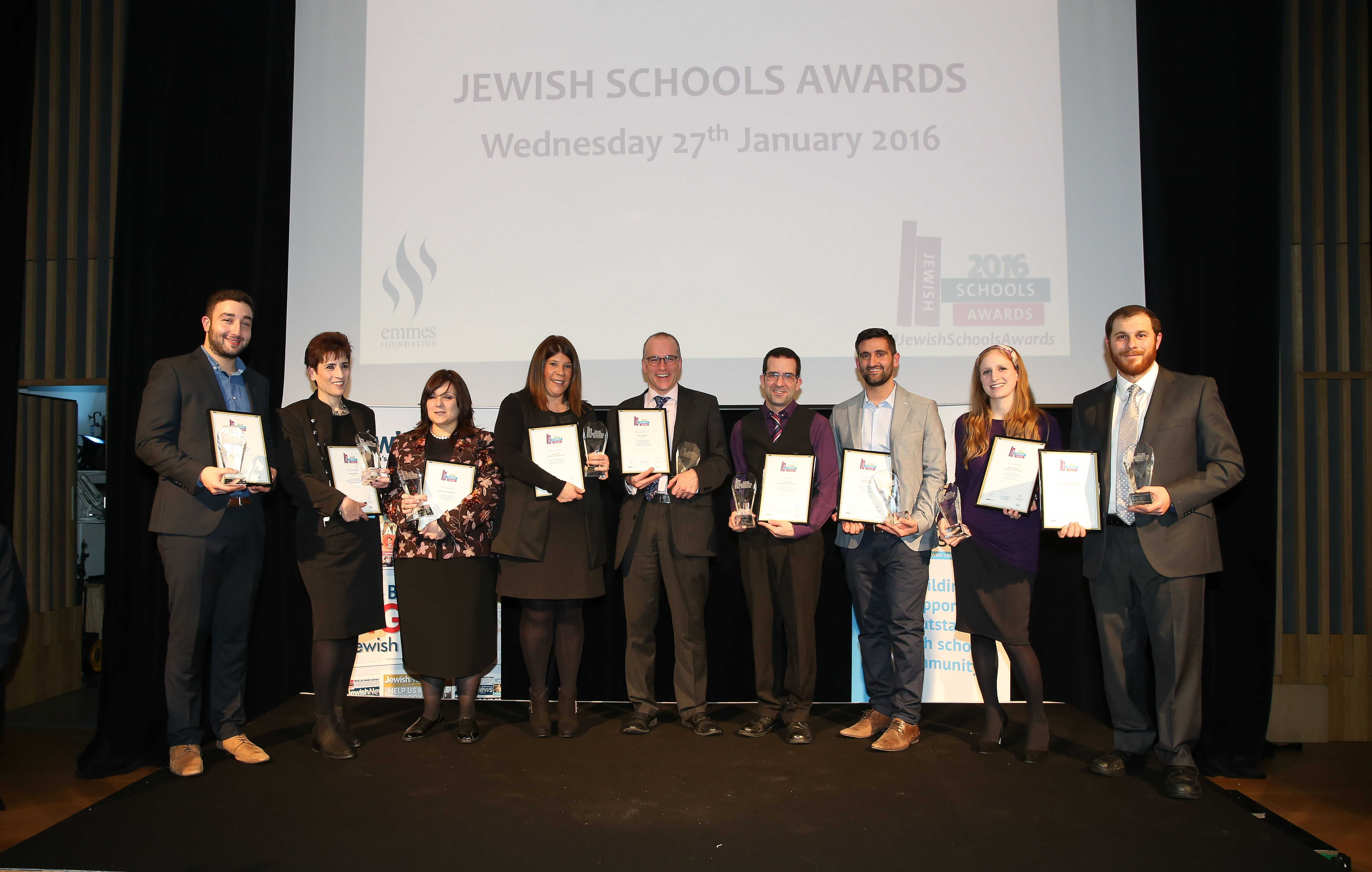 There was a lot of social media activity before, during and after the Jewish Schools Awards, including PaJeS live-tweeting on the night of the awards and a number of guests Tweeting throughout the evening using the hashtag #jewishschoolsawards 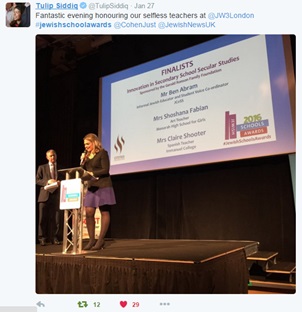 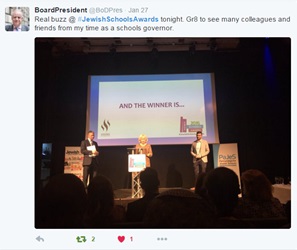 Some feedback from our guests:

“I just wanted to email you to say thank you for last night, it was such a lovely well organised evening. It was so well put together and done very thoughtfully… Well done!”
Jillian Dunstan, Headteacher of Mathilda-Marks Kennedy School

“This was the most rewarding project I've worked on in my six years with the newspaper.”
Richard Ferrer, Editor, Jewish News

“Wednesday evening’s awards ceremony was a glowing tribute not only to those who were nominated and those who won, but for the teaching profession and Jewish schools in general, helping to raise their profile in the process.”
Russell Kett, Vice President of United Synagogue and Former Chair of Governors at JFS

“Marc and I feel honoured and privileged to be able to be part of such a fantastic initiative and event.  There is something special about Jewish schools… I thank you for having the foresight to thank these teachers who are making such a difference to our children's education.”
Emma Samuels, Trustee of Emmes Foundation

Partnerships for Jewish Schools (PaJeS) - a division of the Jewish Leadership Council, will place cookies on your computer to help us make this website better. Please confirm you are happy for us to use cookies. To find out more about these cookies, see our privacy notice.
×