PaJeS was delighted to host the Final of the National Modern Hebrew Spelling Bee on Tuesday 25th June with a record 58 pupils from years 5 and 6 from nine Jewish primary schools from all over the country taking part. Students came from Liverpool and Manchester to take part in this prestigious competition hoping for the chance to be crowned a winner and champion Hebrew speller. 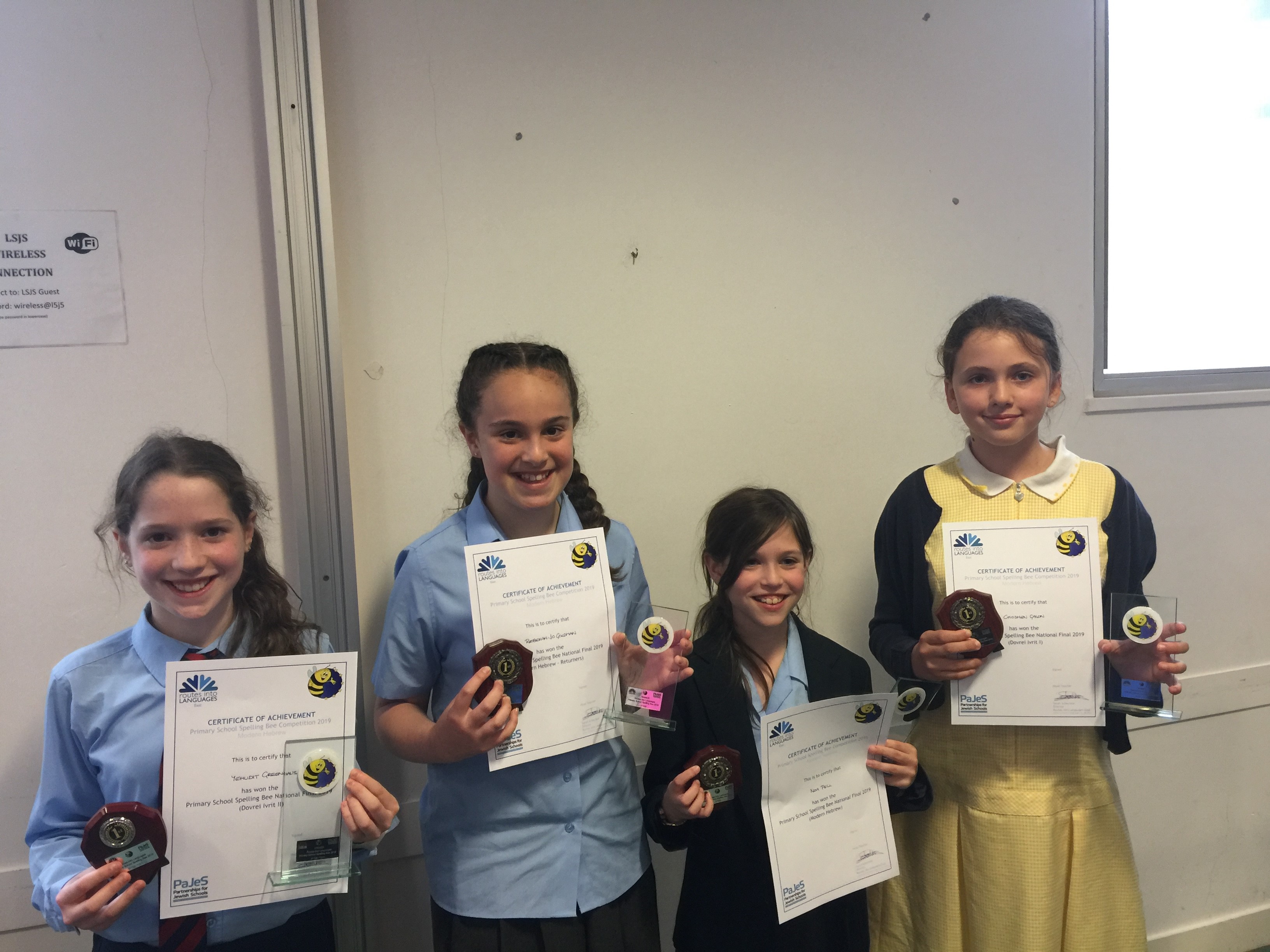 The 10-year experience of Routes into Languages East combined with the insights of PaJeS into the needs of the teachers and students for an Ivrit spelling competition has proved very popular. Now in its third year, the primary Ivrit Spelling Bee has seen a large increase in the number of pupils taking part with 14 in its first year and 58 yesterday. It has become a popular family event with parents, siblings and grandparents attending the event to cheer their family member on.  We predict that the competition will be even bigger next year and will mean finding a new venue to hold this exciting annual event.

This year the competition was split into 4 categories: first time entrants, returners from last year, Ivrit speakers who have been living in this country for five years or more and Ivrit speakers who moved to the UK in the last year. Contestants had ONE MINUTE to translate and correctly spell as many words as possible in Ivrit.

This is how it worked:

Mrs. Dalia Wittenberg, PaJeS Primary Ivrit Advisory Teacher, congratulated all the participants and wished them a big Mazal Tov for achieving this stage of becoming the finalists for this competition. She said “This in itself is a great achievement. For us, you are all already winners. You being here, is a clear indication of your amazing commitment, determination and self-discipline!” Mrs Wittenberg went on to say that the pupils teachers had told her that some of the students gave up lunch break time, twice a week, to practise the words! She also thanked the teachers for their dedication to the project which had been amazing and told how they had been in touch with her on a regular basis, trying to make the experience enjoyable and fun. Finally Mrs Wittenberg said to the pupils, “I know that you have been working very hard for the last few months practicing spelling of 120 words but I also hope that this has been an enjoyable learning experience and I am sure it helped not only your spelling but your memory skills, vocabulary and pronunciation.”

The winners of the competition were as follows: