What we do
UK Jewish Film showcases a wide range of feature films, documentaries and shorts, which tell varied stories of Jewish and Israeli culture and life. Since inception our UK and international film Festivals have reached over 150,000 visitors. We aim to develop a culture where Jewish and Israeli film is recognised and enjoyed by the widest possible audience, and to position Jewish related film at the heart of British culture. Our work encourages pride of, and knowledge in, our Jewish culture amongst our younger generations and promotes understanding and awareness towards Jewish and Israeli people and culture. 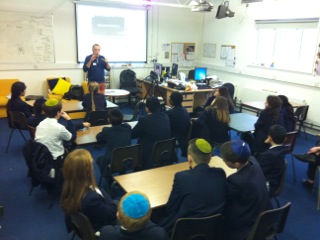 We have a small education team offering workshops, film screenings, educational resources and advice on using Jewish film in the classroom.

What we offer schools 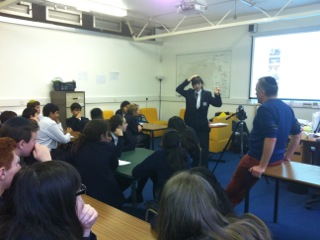 Cost to school
Most programmes are fully funded although there can be costs incurred to clear rights to screen some films in schools (between £150-£200 depending on the licence held by the school).

This is what schools say about us

"The Hackney Roots project was a fantastic thing for our students to be involved in. It took them our of the classroom into a whole new way of learning, a whole new way of thinking about their identity, about their heritage, about their relationship to Judaism and indeed about the London Jewish community in all its richness and diversity." Patrick Moriarty – JCoSS Head Teacher
"Thank you very much for today. Our students found it very interesting and had a wonderful time." Tanya Jacobs – King Solomon School
Sport Health and Wellbeing Israel Interfaith RE and Outreach Heritage Science and Arts
Do you like this page?
Share Tweet